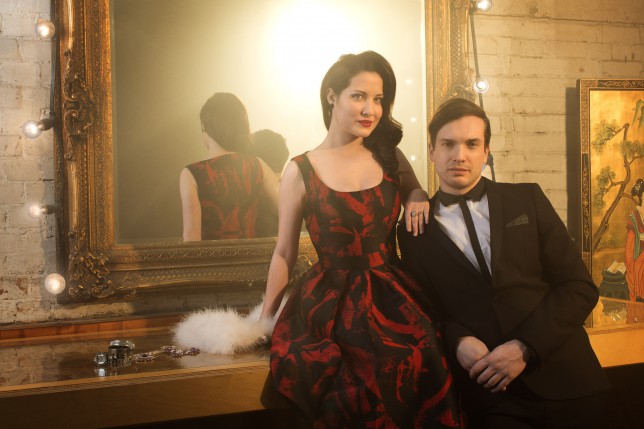 The United Kingdom will be represented by Electro Velvet at the 2015 Eurovision Song Contest in Vienna with the song ‘I’m Still in love with you’. The entry was announced via the BBC1 Red Button on Saturday 7th March. The song is described as having an: ‘up-tempo beat and an irresistibly catchy hook.’

In a year with so many ballads at the Eurovision Song Contest, this song may have come at a good time and it looks like Electro Velvet might stand out at the 2015 final in Vienna on May 23rd.

It’s the third time the United Kingdom has gone with a duo on the Eurovision Song Contest Stage. The nation’s 1959 entry ‘Sing Little Birdie’, 1982’s One Step Further by Bardo and 2003 headline grabbing Jemini (for the UK’s nul points disaster) are the only other occasions where the male-female duet has been employed.

Electro Velvet are a duo: Alex Larke, 35, and Bianca Nicholas, 26. Alex is from Welwyn Garden City and is the lead singer in Rolling Stones tribute band called the Rollin’ Clones. Bianca is from Beckenham, Kent and is a Hollywood actress having appeared in Sleepy Hollow with Johnny Depp in 1999. Her role was ‘little girl’. She  also appeared on the BBC One show The Voice in 2014.

“I feel incredibly privileged and humbled to be representing the United Kingdom in the Eurovision Song Contest in Vienna, for this massively historic 60th anniversary event.

‘We have a fantastic song and will work as hard as is humanly possible to bring the contest home and make our great nation proud. It’s time to get this party started! See you in Vienna!”

Find out more about my thoughts on the song in my Metro UK article here. 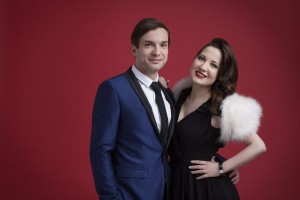 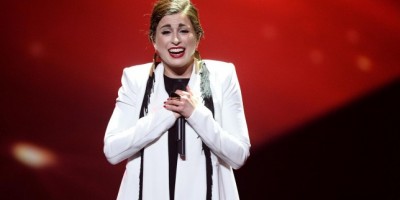