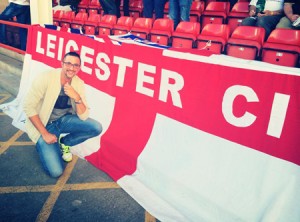 Benny Royston is a leading marketing consultant and digital content creator based in Bristol. He is also a Eurovision Song Contest expert commentator and pundit.

Benny was born in London, United Kingdom in July 1979. He spent his early years growing up in Leicester before where his father took a position at the Leicester Royal Infirmary Hospital. The family moved back to London in 1985 A lifelong Leicester City fan, Benny (then Barry Viniker) returned to Leicester for university where he achieved a 2(1) Degree in Politics. His dissertation “How the Conservative Party Learns from Electoral Defeat” was read by both Sir Edward Heath and the late Margaret Thatcher, both of whom were interviewed as research for the paper.

After Graduating from Leicester University, Benny moved back to London, he was elected to the National Executive Committee of the Conservative Party’s youth wing and helped rebrand the Young Conservatives as Conservative Future UK. The rebranding exercise saw The Conservatives overtake Labour and the Liberal Democrats as the largest youth membership party that year. He then moved into communications and marketing where over the next decade, he gained experience on both agency and client side, specialising in marketing planning, copywriting and remained at the forefront of the new and fast growing social media sector. 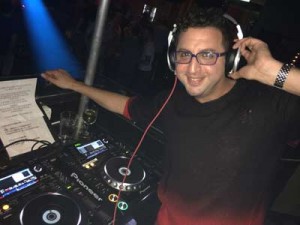 In 2004, the then Barry Viniker joined esctoday.com, the largest independent Eurovision Song Contest website of its day as an editor, quickly becoming an integral part of the team created by Sietse Bakker. He moved on to become Head of Press before taking over the site when owner Bakker left to rebuild the official Eurovision Song Contest website.

During His time at the helm, the website maintained it’s position as the most reliable source of news for all things Eurovision and increased its coverage of national finals. It was one of the first Eurovision websites to harness social media, amassing over 30,000,000 video views on its YouTube channel and topping 20,000 likes on Facebook. He organised the website’s 10th anniversary party at the 2010 Eurovision Song Contest in Oslo, where 1985 winners “Bobbysocks” were celebrating their own 25th anniversary of Norway’s first victory. They combined forces with Bobbysocks headlining the exclusive ticket only event. Watch their headline performance here:

To support esctoday.com, Barry launched the UK Eurovision Preview Parties in 2007, bringing several of the Eurovision Song Contest entries to perform at a special one off live show at Scala, Kings Cross, London. The event sold out almost 1000 tickets despite having only 20 days from launch to the live show. He was able to bring in former UK winners Bucks Fizz as well as Sonia (2nd, 1993) and Jessica Garlic (3rd, 2002) as special guest performers.

The event received television and radio news coverage in 14 countries and made the United Kingdom a “must visit country” on the Eurovision Song Contest promotional tour circuit for the first time.

In 2011, Barry Viniker left esctoday.com to work with broadcasters in a consultative capacity. This is something he could not do whilst leading the esctoday.com team in order to preserve the website’s impartiality and position of neutrality in reporting news. He helped Azerbaijan to their first Eurovision Song Contest victory in 2011 and has helped with several entries in the competition.

Stepping back from the website also allowed him to focus on his marketing communications and copywriting career. He joined Clear Focus Design and Marketing in 2006 before launching Barry Viniker Communications in 2010. The company achieved rapid growth, exceeding all initial expectations, requiring full attention. Though successful, he decided that he would rather focus on copywriting and social media himself rather than running a marketing agency.

In 2013, he left London and relocated to Bristol, changing his name from Barry to Benny Royston (his great grandfather’s name) after three bouts of identity theft in as many years.

Since moving to Bristol, Benny has taken an increasing interest in working with charities and third sector organisations looking to promote system change in service provision and developing a cultural shift in how society views vulnerable people. He is Lead for Online Communications at IF Group Bristol and works with several local business clients that provide services to a wide range of Bristol communities.